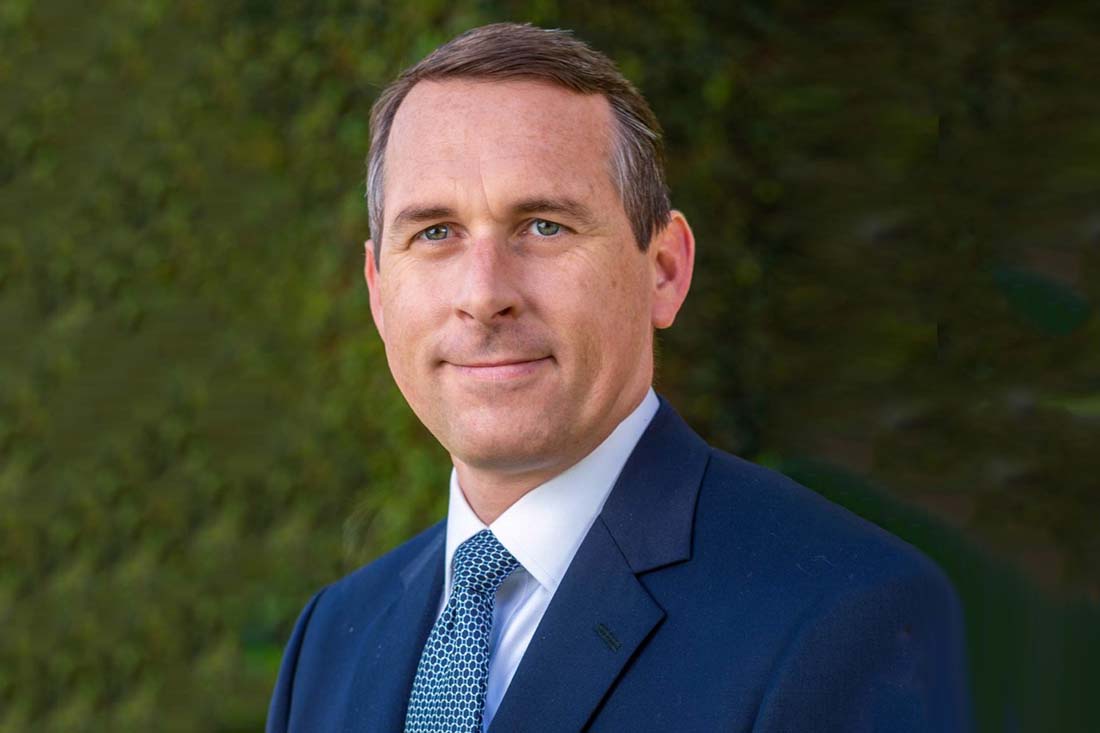 Samuel Garrison was appointed interim senior vice president for university relations in February 2020. In this capacity, he provides strategic direction and leadership of USC’s efforts to continuously improve its relationships with external and internal stakeholders. His responsibilities include government and community relations, civic engagement, education and government partnership programs, and USC’s thirteen public radio stations.

Most recently, Garrison served as chief of staff to the chair of the USC Board of Trustees and as a special advisor to President Carol L. Folt. He began his career working in roles on Capitol Hill for Senator Dianne Feinstein and Congressman Adam Schiff. After returning to Southern California, he served as a communications director to a Los Angeles City Council member then led the government affairs and public policy department at the Los Angeles Area Chamber of Commerce, one of the nation’s largest regional business federations. During his six years at the chamber, Garrison revitalized the organization’s advocacy effectiveness with public officials at all levels of government and forged partnerships on important civic issues with organized labor, government reform advocates, and community healthcare stakeholders. He also drove the chamber’s leadership roles on multiple successful state and local ballot measures including landmark state redistricting (Proposition 11) and term limits reform (Proposition 28) initiatives.

Recently, Garrison ran his own public affairs consulting firm, GPS. He also served in leadership roles at Caltech and at Caruso. At Caruso, he led multiple development and strategic initiatives, as well as civic relations for founder Rick Caruso, and served as the executive director of the Caruso Family Foundation. Garrison was also a director at the High Lantern Group, a strategic communications firm.

Garrison served as founding board chair of Operation Progress, a youth success ecosystem in the Watts neighborhood of Los Angeles, and is an executive board member of Hillsides in Pasadena, one of the region’s oldest and largest family services providers. He has served on the boards of the Los Angeles Area Chamber of Commerce, Los Angeles County Economic Development Corporation, and the Valley Industry & Commerce Association. From 2009 to 2014, Garrison was a member of the state’s Managed Risk Medical Insurance Board which administered health insurance programs for more than one million Californians.

A fifth-generation Angeleno, Garrison is a graduate of Harvard-Westlake School. He holds a bachelor’s degree in political science from the University of Southern California and a J.D. from Loyola Law School. He is a member of the State Bar of California.

Return to Board Of Advisors →